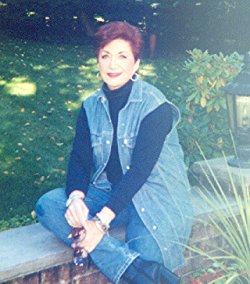 A.R. Alan is a born storyteller. Even in first grade, she became notorious for scribbling stories on scraps of paper. When she wasn't doing that, she'd have her nose buried in a book, soaking up other peoples' stories. Reading and writing stories became lifelong passions, and she's currently finishing her latest novel. Worldwide travel and a career that brought her in touch with a never-ending stream of interesting personalities and celebrities fanned her already fertile imagination over the years, and validate the vivid, multi-dimensional characters that people her novels. She is also an avid environmentalist, and played a major role in saving a New Jersey/New York mountain range from developers. It will remain open space forever. Previously writing under the name of B.B. Carter, she has had many award winning short stories and poems published. She has also penned and sold comedic material to Joan Rivers, and a couple of her scripts are now being considered for films and TV series.